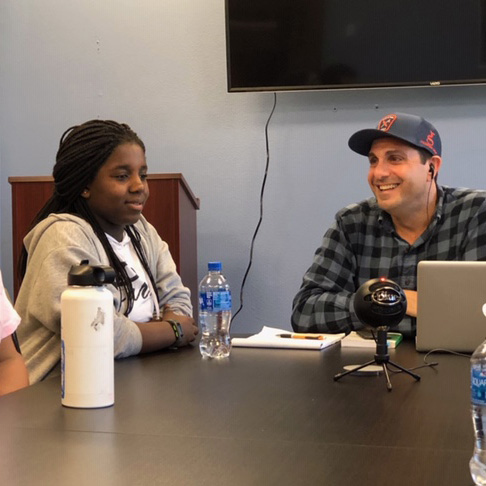 Growing up in a small town outside of Boston, Michael Zildjian never dreamt of being a writer, podcaster or speaker. When he decided to move across the country to go to college at Pepperdine in Malibu, CA, a whole world opened up to him that he had never imagined. Talk about culture shock. Since then, he has traveled to 45 of the continental United States, and has dived head first into the cultures of a dozen or so international countries. He has met people from all walks of life, from rock stars to geologists, sharing his stories and his philosophical views about life while drinking adult beverages or playing a round of golf. And make no mistake; Z has played a lot of golf in a lot of places.

After moving on from careers as a concert promoter/ producer, artist manager, licensing rep for TV/film, marketing/branding consultant, bartender, rideshare driver, and a disposable lighter repairman, to name just a few, Z decided it was time to take his passion for philosophical conversations to the next level. And thus Zilosophy was born. A place where Z could build a platform for public dialogue about the things he had always collaboratively pondered with friends, family and strangers. Z is not a therapist, and he makes no professional therapeutic claims about his musings. He’s just a guy you want to have a beer with in hopes you might get some needed perspective on life – or a good laugh. Or both.

Z now tours the U.S. and internationally speaking about Zilosophy at golf clubs, schools, corporate offices, barnyards, arcades and anywhere else people want to learn ways to bring their best to the golf course and beyond.

Zilosophy is a platform that uses books, podcasts and group discussions to teach self-awareness and honest self-evaluation with the goal of helping people make informed choices that allow them to bring their best to whatever they do.